Insightful, fun-filled and interactive walk with the locals who are truly passionate about Belgrade. Focused on the most relevant sights city has to offer, its history, art, cuisine, nightlife, but also infamous attractions and personal anecdotes, this tour is a perfect introduction to Belgrade. You will be given a deeper insight into the habits, customs, and character of the locals incorporated with cultural experiences. Our guides are gifted story-tellers with historical accounts that will take you back in time, always ready to recommend you more places based on your interests.

Do not miss the ceremony on the occasion of the honorary title of Mileseva, the Day of the Holy King Vladislav Nemanjić. Enjoy the Uvac River Canyon, which is considered one of the most beautiful places in Serbia. It is located in the southwestern part of Serbia, between the mountains Javor and Zlatar, it is known for its meanders. Also, this is one of the last habitats of a Griffon vulture, a beautiful bird that is almost extinct.

On this marvelous journey we discover the famous Eastern Serbia, admire its beauty and cultural heritage, discover the personages that have marked it, enjoy the wines and Serbian specialties and excellent wines of Timočka krajina

Palić is one of the most beautiful tourist destinations in Vojvodina. It will be nice to spend a day and enjoy with those who know how to value the preserved nature, the animal world and good service. We will visit Zobnatica and the city of Subotica.

Monastery Manasija, one of the most important monuments of the Serbian medieval culture. After that, enjoy the visit of the Park of Models, the Resava Cave and the "Veliki buk" waterfall otherwise called Lisine.

Sail with us down the largest and most beautiful gorge of Europe. Discover the power of Danube at its widest and deepest, see the famous Tabula Traiana, head of Decebalus and the Lepenski Vir archeological site.

Take a day and visit two archaeological sites on the Danube River, enjoy Silver Lake shore, visit the former capital of Serbia and warm up with a glass of wine.

One of the most beautiful slopes in Serbia is on Western Morava, not far from Čačak, between the mountains of Ovčar and Kablar. It is housed in a mountain massif composed of scrub, but it also has mild slopes with wooded plains. Two artificial lakes also contribute to its beauty, created after the Second World War by hydropower plants Ovcar Banja and Medjuvrsje. From other parts of Serbia, this monument is also distinguished by numerous monasteries on the left and right banks of Morava. By them and by nature, the whole region got the name Serbian Sveta Gora (Holy Mount). Hardly anywhere are there so many monasteries built in such a narrow area, and now there are ten.

Join us and discover the most important highlights of Vojvodina - famous castles.

Andrićgrad was built on the vision of how Višegrad could have looked like if it hadn't been bypassed by Renaissance and other historical periods. Tour of Andricgrad and Mećavnik, cruising Drina, ride on Šargan Eight, visiting Nikolje and Potpeć Cave monasteries ...

Did you know that the word "vampire" is of Serbian origin? We will show you this in the water mill of the kind in which the first known Serbian vampire quenched his thirst. Enjoy next to the cleanest river in Serbia-Gradac ...

On the 52km long sail, we will enjoy in the nature's beauty, the habitats of plant and animal species of Tara National Park, the confluence of river Žepa into river Drina, we will pass through the narrowest part of the canyon, through the camp Stari Brod (Old Boat), by small streams and rivers, medieval fortifications...

Raška, the place which was the origin of the medieval Serbian kingdom in the 13th century and Serbian empire in the 14th century, with visits to some of the most significant medieval monasteries and endowments of Nemanjić family. STUDENICA – GRADAC – ĐURĐEVI STUPOVI AND PETER'S CHURCH – SOPOĆANI - MAGLIČ – ŽIČA

Sixteen Serbian orthodox monasteries are located in the area 50 km long and 10 km wide on the Fruska Gora mountain. This unique cultural and historical site was established as a cultural good of exceptional importance for the Republic of Serbia in 1990, and it is also proposed for enlistment in the UNESCO World Heritage List. During the excursion we will visit the monasteries Krušedol, Grgeteg, Novo Hopovo, Strazilovo and Sremski Karlovci.

OPLENAC - Only a hundred kilometers from Belgrade, near the city of Topola, there is the Oplenac Hill, on which the Mausoleum of the Karadjordjevic dynasty was built. Prince Aleksandar Karađorđević built vineyards in that place, and King Petar I Karađorđević began building the church of the mausoleum and the entire historical-memorial complex that will later become the Karađorđević Endowment in Oplenac.

Golubinci are one of the great rural settlements with an architecture typical for Vojvodina, where in the centre, there are many preserved old buildings: an Orthodox church from the end of the XVIII century, a Roman Catholic church from the XIX century, a school and castle Šlos, where you will hear untold stories of the forbidden love between Beethoven and Janet, vožd Karađorđe and the dark secret of the first owner. The unusual museum of bread cherishes the story about people, customs and tools from times long gone. Ancient city Sirmium, which was located on the territory of today's Sremska Mitrovica, was the capital of the Roman Empire during the tetrarchy. It was also called the "glorious mother of cities". The preservation of original landscapes, authentic folklore features and cultural-historical monuments, but also products of mangalica and donkey milk are what makes Zasavica a unique and complete tourist whole which needs to be visited.

The landmarks of Brankovina are gathered in the cultural-historical complex which comprises the Church of Holy Archangels Michael and Gabriel-endowment of Prota Mateja Nenadović, his school, which is now the Museum of Education in the First Serbian Uprising, Desanka's school with a museum exhibition dedicated to the great poetess, an old courthouse, as well as the old houses in the wonderful port of the church. During the trip, we will visit monasteries Lelić and Ćelije and the city of Valjevo.

Monastery "St.Nikolaj the Serbian" is located beneath the Sokolska mountain, below its highest peak Rožanj. In Serbian tradition, it has a special meaning, above all, it remains the symbol of invincibility and one of the last strongholds of the Turkish government in Serbia. Dobri Potok is a valley in Rađevina, interesting for its old wooden church, dedicated to the Rising of the Holy Virgin Mary, next to which is an ancient graveyard with unusual gravestones, and a small ethno-museum complex, which has several wooden houses in the traditional style. You should not miss this opportunity!

The attractiveness of the two unforgettable wonders of nature is complemented by the surrounding natural environment, which is roughly mystical, and in wider surroundings, it is vivid and daring, and as well are the remains of the settlement, the old church, cemeteries and several interesting mining caves. The locality "Devil's town" is placed under the protection of the state in 1959, and in 1995, the Decree of the Government of the Republic of Serbia proclaimed a natural good of exceptional importance and placed in the first category of protection - MONUMENT OF NATURE.

The location of "Devil's Town" was placed under the protection of the state in 1959, and in 1995 it was declared by the Decree of the Government of the Republic of Serbia a natural good of exceptional importance and placed in the first category of protection - MONUMENT OF NATURE. We will enjoy the highest mountain in Serbia... we will visit Vrnjacka Banja (spa town), taste local wine ..

Municipality Kovačica has been cultivating the tradition of naïve art for seven decades already. During this one-day tour, we will visit Kovačica, Padina and Idvor, the homeland complex of Mihajlo Pupin.

In order for the traditional way of panning for gold to be kept from vanishing and promoted for tourists, there is a demonstration of panning for gold on the riverside of Pek, the same way it was done in ancient times. Tours: PANNING FOR GOLD IN THE RIVER PEK, RAJKO'S CAVE, COPPER MINE IN MAJDANPEK, CHURCH OF THE SAINT APOSTLES PETER AND PAUL 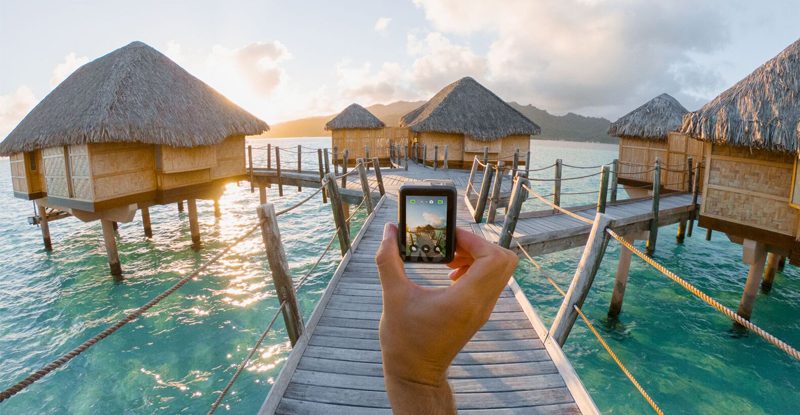 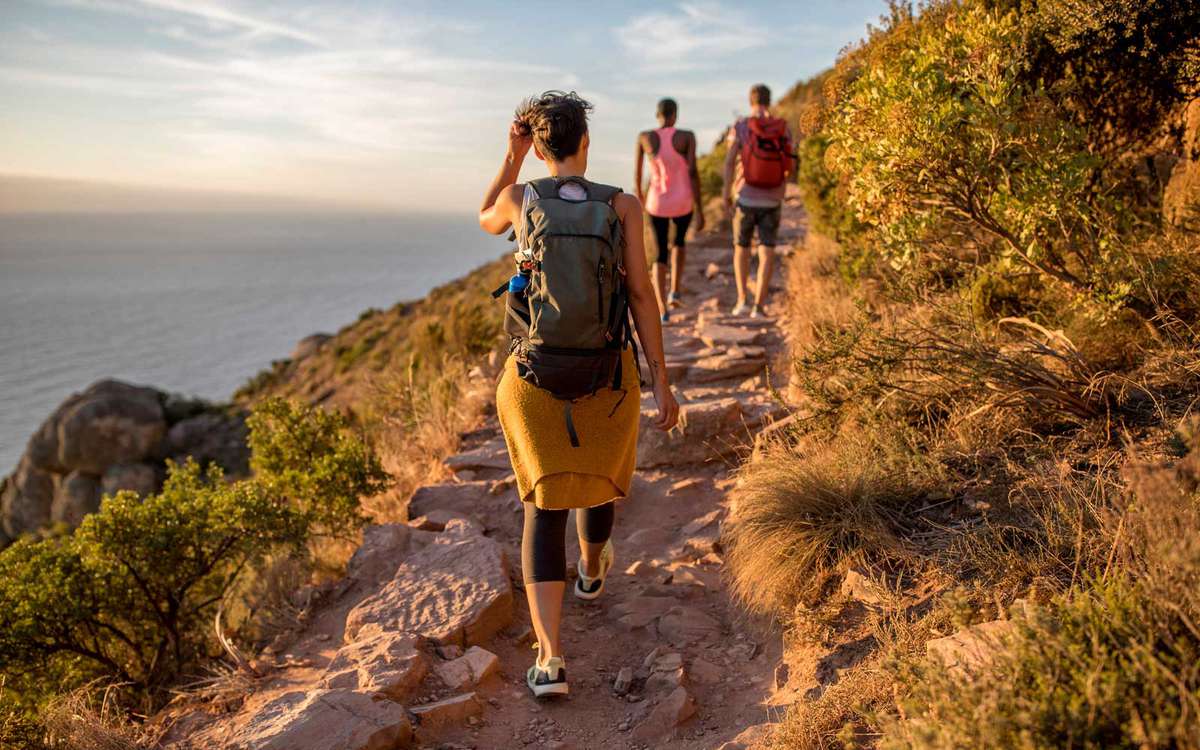